A Flight of a Lifetime 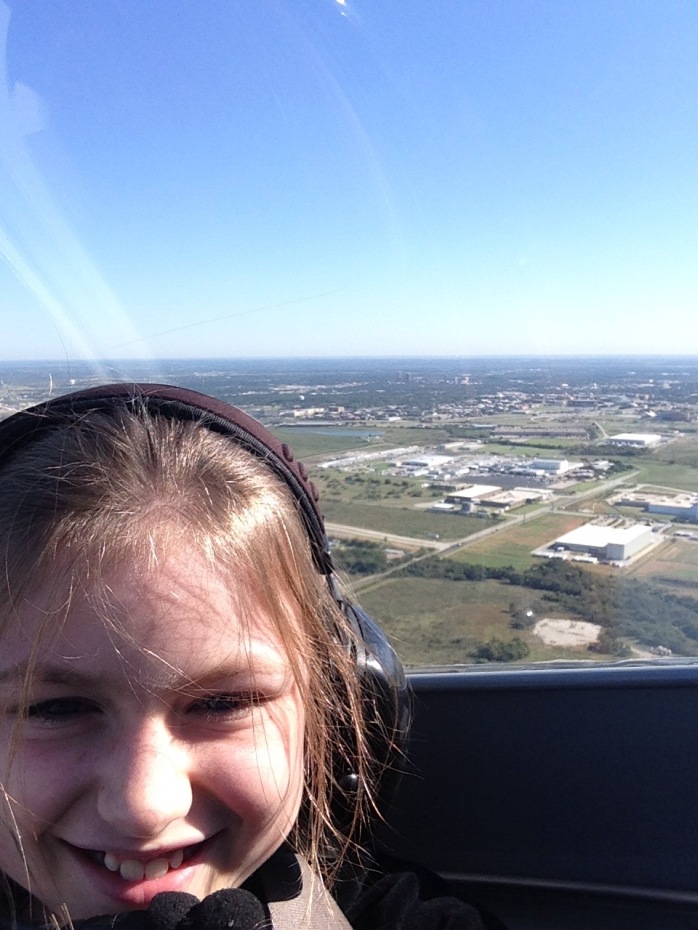 Today Madison had the opportunity to take a Young Eagles flight in a RV-4 airplane owned by Winn Harris.

When we arrived we were invited to tour the control tower at the Denton Enterprise Airport. The air traffic controllers showed her the radar for the planes, told her about what they do, and she got to see and hear them communicate with the planes. They were very nice and it was a wonderful way for Madison to see how all the planes in the sky looked on the radar and the importance of air traffic control.

She also was able to see the flight before her take off from the control tower.

When it was her turn to fly, the pilot, Winn Harris gave her information about the airplane and then explained how the controls work because she had the opportunity to actually fly the plane (with him in control the entire time of course.)

Before taking off down the runway:

After the plane headed down the runway, Jeff and I went to the control tower and watched them take off.

Once they took off we could watch her from the radar in the control tower. (She’s the one in white.) At that point she was at 2,000 feet and was going 120 knots. 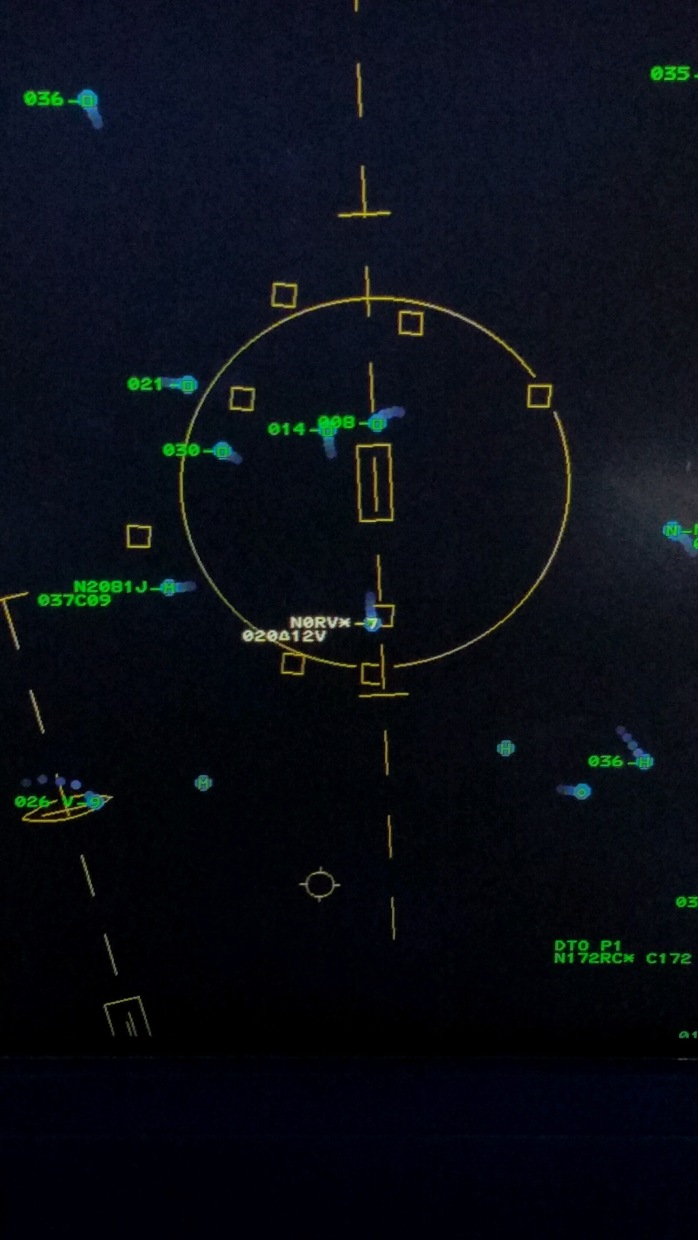 I want to give a great big thank you to Bill Rock, the North Texas Mensa Youth Coordinator and the volunteers who made this opportunity possible.

Also I would like to give a super big thank you to Winn Harris for volunteering his time and plane for the EAA Young Eagles flights.

And last, but not least to the Denton County Enterprise Airport air traffic controllers who allowed us to come up and to learn about how aviation works in a control tower.

Another amazing thing we learned today is that the pilot that took Madison on her flight today, Winn Harris, was one of the 49 RV pilots that did the 2013 flyover of the Arrowhead Stadium in Kansas City during the National Anthem for the Chiefs Game. Madison was born in a suburb of Kansas City and to know the plane she flew in today was towards the back of this history breaking flyover was very cool.

The cockpit view which is breathtaking:

And another super cool view:

This flight of a lifetime will also help Madison earn her Aviation Badge in American Heritage Girls!

← Thank You So Much
The Gift of Stubbornness →